An app we made launched by president of Croatia! 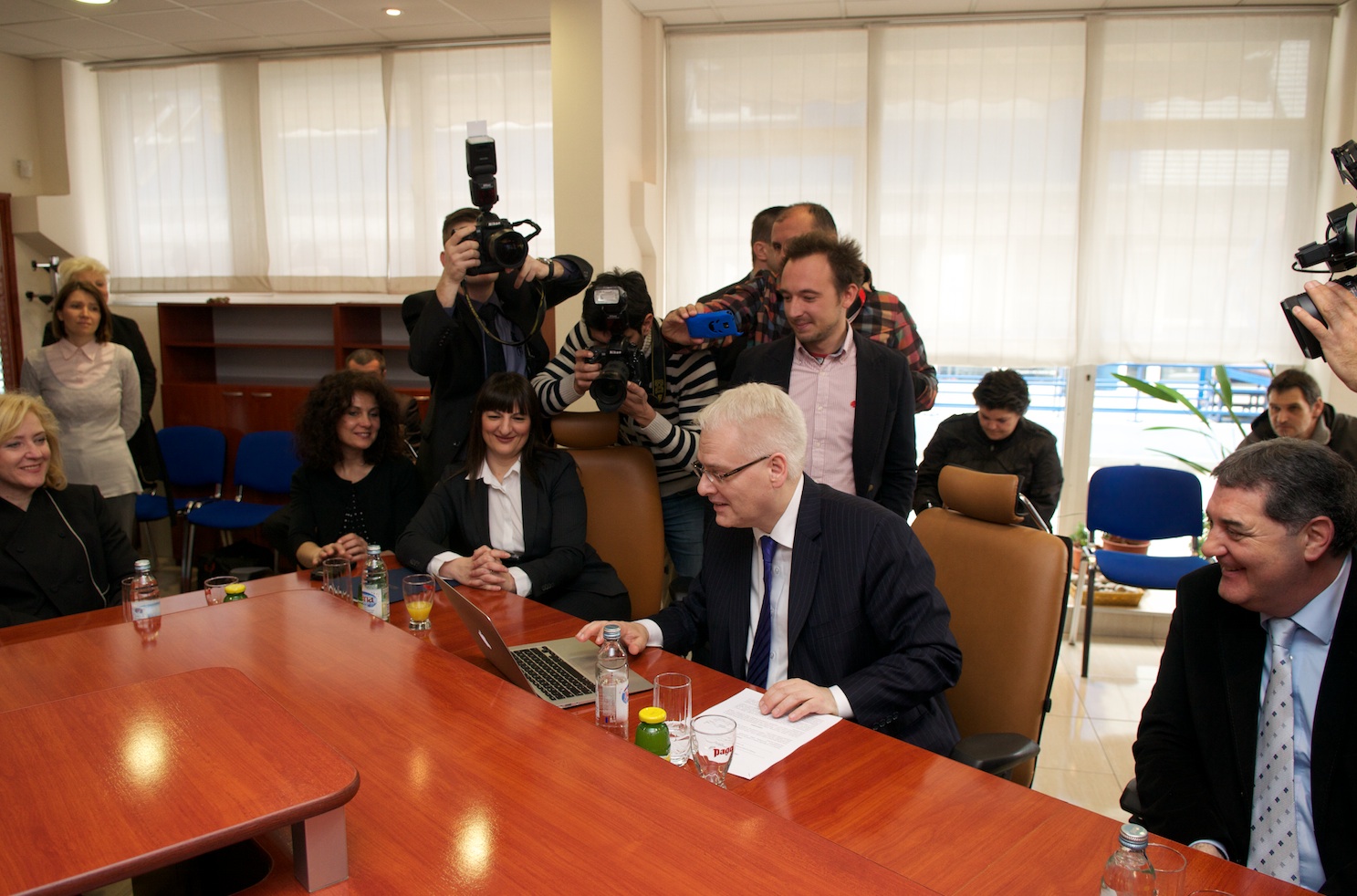 Wow, how amazing is that? President of Croatia, Mr. Ivo Josipović has pushed “launch” button on  Codeanywhere Android update 5.0.7. developed by Profico! How it happened? Well… read further.

We always knew that we produce great mobile applications for top clients, but when something you have worked on is launched by president of your country, then you get confirmation that you are doing something valuable and cool.

Mobile and web applications are what we are the best in, but that’s not all we do. We are also co-founders of the SHIFT Conference for IT startups (Shift Conference, Looking back at SHIFT Conference 2013), and one of our co-founding partners is  Codeanywhere’s CEO.

Codenywhere has become important part of our local startup ecosystem since company got funded last year by american investors, and SHIFT Conference is the biggest startup event in CEE region. So it looks like the president was pretty impressed with Codeanywhere and SHIFT Conference stories and decided to came by to check out what are we doing here. So, Codeanywhere guys decided to use this opportunity for Android update launch, and the honor to push the “launch” button is given to Croatian president, Mr. Ivo Josipović during his visit to Codeanywhere team.

President Josipović has shown his satisfaction and pride with new generation of entrepreneurs from Split and Croatia. He said this was the proof that big business ventures and success on world markets are possible in Croatia, as well as proof of keeping track with global trends of developments in IT industry. He has also stated his support to SHIFT Conference and it’s contribution to building local IT community.

Story of the Codeanywhere and it’s team is well known. It is absolutely the best cloud based code editor available on all current web and mobile platforms, described in some of our earlier posts (Codeanywhere mobile apps – completely new coding experience , Building new generation of mobile apps for Codeanywhere).

So, you have brand new Codeanywhere update for Android – launched by President of Croatia. You can get if from Google Play. Hope you’ll like it! We do.

Special thanks to Codeanywhere crew for making us part of this great project. We really love it!